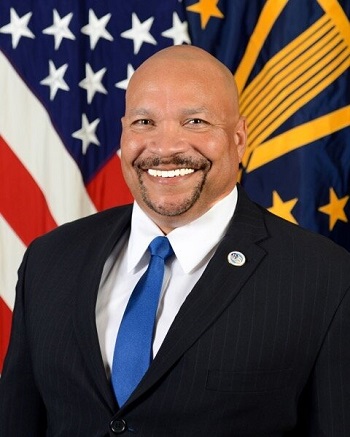 Mr. Maynard Holliday is the Director of Defense Research and Engineering for Modernization (DDRE(M)). In this capacity, he oversees investment and capability analysis of the Pentagon's modernization priorities outlined in the National Defense Strategy. He has oversight of the 11 principal directors assigned to those modernization portfolios and their roadmaps — the comprehensive strategies to manage, provide oversight and guide choices for each modernization priority area. These modernization priorities include 5G; Artificial Intelligence and Machine Learning; Autonomy; Biotechnology; Cyber; Directed Energy; Fully Networked Command, Control, and Communications; Hypersonics; Microelectronics; Quantum Science; and Space.

Mr. Holliday has over 30 years of professional experience leading technological innovations, in both government and the private sector. Most recently, he was a Senior Engineer at the RAND Corporation working on autonomous vehicle safety metrics and policy, explainable artificial intelligence, swarm robotics and drone defense. Previously, he served as Senior Technical Advisor and Special Assistant to Frank Kendall, Under Secretary of Defense for Acquisition, Technology and Logistics. Mr. Holliday helped establish the Defense Innovation Unit Experimental and was a member of the Defense Science Board. Mr. Holliday has also worked for the Department of Energy (DOE) as a project manager for the U.S.-Russia Nuclear Material Security Task Force. He was awarded the DOE's Meritorious Service Award, its highest, for his exceptional service in helping secure tons of weapons grade nuclear material. Prior to his government service, Holliday was a senior engineering and robotics professional at the Lawrence Livermore and Sandia National Laboratories, as well as various robotics start-ups and technology companies in Silicon Valley.

Mr. Holliday is a co-organizer of Black in Robotics, a virtual world-wide community of roboticists and their allies whose mission is to bring together Black researchers, industry professionals and students in robotics to mutually support one another to help navigate academic, corporate and entrepreneurial paths to success. He is also Co-Founder of Robot Garden, the robotics-themed hacker space in Livermore, California. He also has been working with Bay Area public schools lecturing on robotics and teaching robotics through the Citizen Schools program in East Oakland. Mr. Holliday was named Citizen Schools Volunteer of the Year for 2012 and was also recognized with a Presidential Volunteer Service Award from the White House for his efforts. Before leaving government service in 2017 he was awarded the Secretary of Defense Medal for Exceptional Public Service recognizing his contributions to national security through his considerable and trusted advice on multiple DoD initiatives.

Mr. Holliday graduated from Carnegie Mellon University in 1984 with a Bachelor of Science in Mechanical Engineering. He later won a scholarship to attend Stanford University where he earned a Master of Science in Mechanical Engineering Design, with an emphasis on robotics, international security and arms control. Mr. Holliday also won a scholarship to attend the International Space University in France and was a two-time finalist for the U.S. Astronaut Corp.