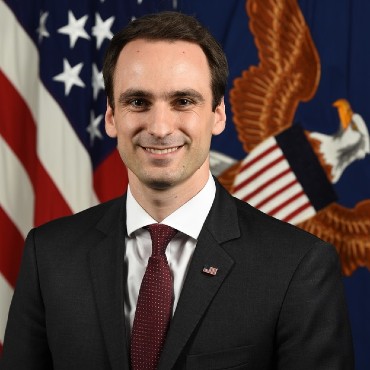 Mr. Michael J.K. Kratsios is the Acting Under Secretary of Defense for Research and Engineering. He is the Department's Chief Technology Officer and is responsible for the research, development, and prototyping activities across the DoD enterprise, and is mandated with ensuring technological superiority for the Department of Defense. He oversees the activities of the Defense Advanced Research Projects Agency, the Missile Defense Agency, the Defense Innovation Unit, the DoD Laboratory enterprise, and the Under Secretariat staff focused on developing advanced technology and capability for the U.S. military.

Prior to joining the White House, Michael was a Principal at Thiel Capital. A South Carolina native, Michael graduated from Princeton University and served as a Visiting Scholar at Beijing's Tsinghua University.