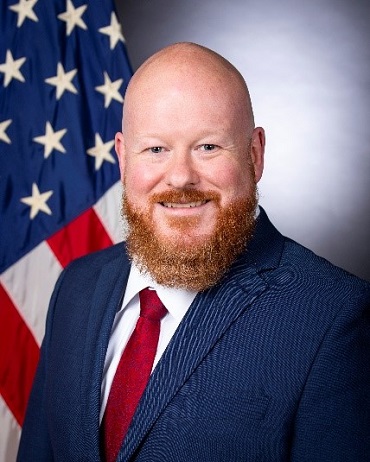 Prior to his current position, Mr. Lyden was the Senior Intelligence Analyst for the OSI ICON Center Counterintelligence Division, Lead Intelligence Analyst for the Technology Protection Branch, and OSI liaison to the Department of Defense (DoD) Supply Chain Risk Management Threat Analysis Center. While serving in these positions, his various duties included identifying and countering foreign intelligence threats to U.S. Air Force and DoD research and development, critical infrastructure, and key supply chains.

Before becoming a Department of the Air Force civilian, Mr. Lyden supported the Intelligence Community (IC) and other U.S. Government agencies as a management consultant. Prior to his work in the IC, Mr. Lyden served in the AmeriCorps Volunteer in Service to American (VISTA) program and as a social worker, both of which were based in Cleveland, Ohio.